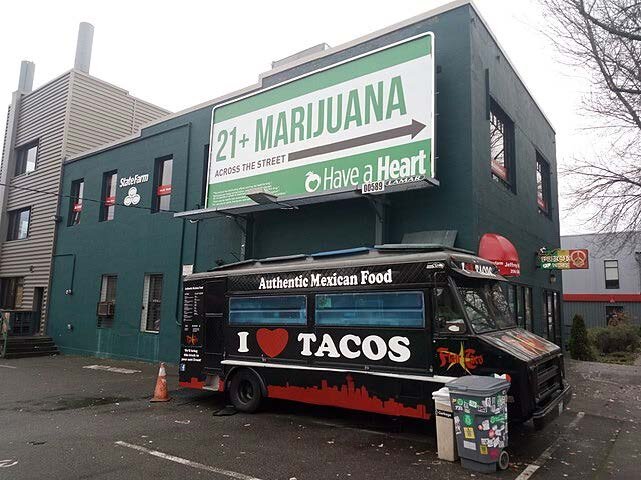 Adolescents who frequently see billboard or storefront advertisements for recreational cannabis are more likely to use the drug weekly and to have symptoms of a cannabis use disorder, according to a new study in the Journal of Studies on Alcohol and Drugs.

Despite use being illegal for those below age 21 even in states that have approved recreational marijuana, “legalization may alter the ways that youth use cannabis,” write the study authors, led by Pamela J. Trangenstein, Ph.D., M.P.H., of the University of North Carolina at Chapel Hill.

An increasing number of states have legalized or are considering legalizing recreational marijuana, and public concern over the risks of cannabis use has declined in recent years, Trangenstein and colleagues note. However, research continues to find cannabis use associated with negative outcomes. These include neuropsychiatric conditions, automobile crashes and substance use disorders.

And marijuana use among teens may be more problematic than in adults. “As the 2019 Surgeon General’s Report warned, cannabinoid receptors are crucial for brain development, which is why cannabis use during adolescence carries special risk,” the authors write.

To conduct their research, Trangenstein and colleagues used ads on social media sites and apps to recruit 172 teens, ages 15 to 19, who lived in states with legal recreational marijuana and who had used the drug at least once.

Participants answered questions about their use of marijuana and their exposure to its marketing. The latter included seeing advertisements on billboards and storefronts as well as Instagram and Facebook, if they owned or were likely to buy cannabis-branded merchandise (e.g., hats, sunglasses or t-shirts with cannabis logos or other images) and if they reported having a favorite brand or strain of cannabis or related paraphernalia, such as rolling papers.

Further, those who owned or were likely to own cannabis-branded merchandise had 23 times the odds of frequent use as those who did not own and did not plan to own such merchandise.

Unexpectedly, though, teens who occasionally saw cannabis ads on Instagram were 85% less likely to use marijuana frequently compared with those who never saw such promotions. Those who saw them frequently were 93% less likely to use frequently. To explain these unexpected results, the authors reasoned that the teens could be seeing more user-generated content on Instagram than Facebook. Further, Instagram’s image-centric style may not contain the text descriptions that teens need to understand new products.

Trangenstein and colleagues note that, although research into cannabis marketing is in its infancy, studies on alcohol and tobacco advertising indicate that “associations between ads and use may not stop at experimentation—ad exposure may facilitate progression toward problematic use, and their association may even be causal.”

As states open up access to recreational marijuana for adults, the researchers say, the collateral effect on youth should not be ignored. “[S]tates and other localities with legalized cannabis should exercise special caution regarding forms of marketing that promote brand identification and engagement with youth,” they conclude.

Cannabis almost as addictive as opioids among teens, study finds

Citation:
Billboard and storefront ads for cannabis linked to problematic use in teens (2021, April 8)
retrieved 8 April 2021
from https://medicalxpress.com/news/2021-04-billboard-storefront-ads-cannabis-linked.html

This document is subject to copyright. Apart from any fair dealing for the purpose of private study or research, no
part may be reproduced without the written permission. The content is provided for information purposes only.